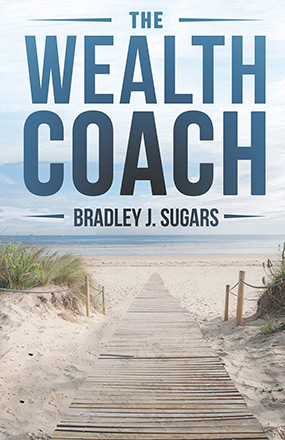 A fictional account of what a good wealth coach can inspire. This book conveys financial wisdom through the story of a coach who helps a single mother achieve financial freedom.
Buy Now
Amazon
Indie Bound
Barnes & Noble
BAM

A Story about Creating Massive Wealth A fictional account of what a good wealth coach can inspire. This book conveys financial wisdom through the story of a coach who helps a single mother achieve financial freedom. “My ultimate goal was to become a millionaire…until I became one.” Bradley J. Sugars, award-winning author and entrepreneur A forty-something mother’s world is rocked when she realizes–amidst a devastating crisis–that she is flat broke. Kim Peters and her teen twins, Mitch and Amy McConnell, are financially back to square one. However, during a Hawaiian holiday, a fortuitous meeting begins their journey to financial health, wealth, and happiness. The Wealth Coach is a fictional account of what a good wealth coach can truly inspire. The characters in this fable could be anyone, and “The Wealth Coach,” or just “Coach” to his friends, is almost ready to hang up his whistle on personal wealth coaching when the two parties meet on the shores of Maui. Coach decides to take on the three final clients before focusing on his other goals in life. With determination, patience, and true grit, The Wealth Coach brings a family out of financial despair and leads them to a place of genuine prosperity. Through the fictional family, Sugars takes the reader with him on his world-famous Billionaire Tour and Master Class, where the real Brad Sugars shows real people how to make real money. Our fictional “Coach” gives lessons to his clients, much the same way Sugars does in his wealth-building seminars. 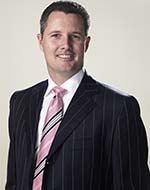 Brad Sugars is the founder of ActionCOACH (formaerly known as Action International). Established in 1993 when he was in his early twenties, ActionCOACH has gone to become one of the world’s most celebrated business coaching firms. As on eof the most awarded franchise firms on Earth. ActionCOACH’s brand is instantly recognizable to enterpreneurs and business owners nearly everywhere. How did Brad Sugars do it? Simple: through hard work, determination, and by following much of the advice found within The Wealth Coach. Brad Sugars lives in Las Vegas, NV

The author presents logical wealth building information in an easy to read format. A self-help book written as a fiction story makes the points easy to follow. While I disagree with the author on the definition of destitute, he does show steps to build wealth starting from zero. The book talks about saving and investing realistically, over time, and not as a get rich quick scheme. Becky, Anyone can create wealth *** This book was recommended to me by my friend after attended an ActionCoach class. I like that it is well-written and there’s an engaging story to follow. I made some good notes on financial management and growth by reading this book and I’m probably going to revisit this read again in the future. Nisha Heallmy, Educational! *** Brad’s books take you thru the business game with story telling about business owners implementing strategies that the business coach teaches; in “The Wealth Coach” now Brad tells the story of a young twins and how along the way being coached by “The Wealth Coach” generates the net worth everybody can do by following his investing tips… Easy read for young investors… and not so young Evangelina Ramos, A powerful story to teach children and adults to create wealth