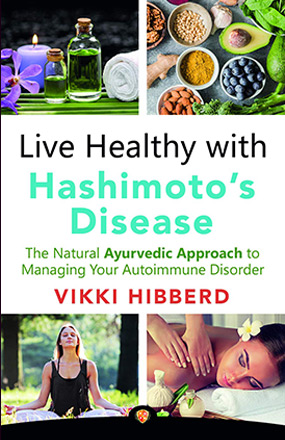 Do You Dream of Treating Your Hashimoto’s Disease Naturally? Are you sick and tired of using synthetic hormones and medications to treat your autoimmune disorder?
Buy Now
eBook
Audio Book

Do You Dream of Treating Your Hashimoto’s Disease Naturally?

Are you sick and tired of using synthetic hormones and medications to treat your autoimmune disorder? If you have Hashimoto’s and all the traditional methods have left you frustrated and still experiencing symptoms, then Live Healthy with Hashimoto’s Disease is for you!

As a Hashimoto’s patient, Vikki Hibberd tried everything and struggled for years with this disease before finally finding a solution using a 5,000-year-old ancient healing technique. As an author, licensed massage therapist, certified yoga teacher, and Ayurvedic practitioner, Vikki Hibberd will show you just how easy it can be to:

Take control of your disease through a natural treatment and live healthy again in eight weeks or less! 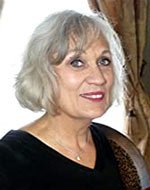 Vikki Hibberd began her personal health journey in 1967, taking yoga lessons from the book, The Complete Illustrated Book of Yoga. At that particular time, yoga was frowned upon and there were very few classes for teacher training. In 1976, an Ashram in Sumneytown, Pennsylvania had formal yoga classes taught by Yogi Amrit Desai at the Kripalu Yoga Center. She spent the next two summers in six-week training sessions to become a yoga teacher of Kripalu Yoga, becoming one of the first graduating classes in the United States

No videos by Vikki.

The best person to write a book on living healthy with Hashimoto’s disease is someone who has lived with it and figured it out. Vikki Hibberd researched the answers thoroughly and her book encourages others dealing with Hashimoto’s Disease to find their healthy balance in life.