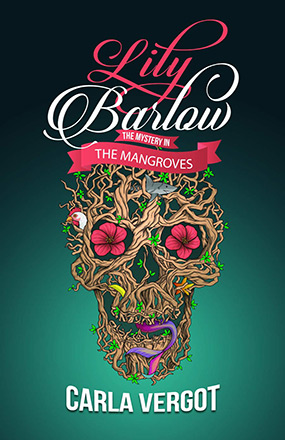 Lily Barlow came back to her sleepy hometown of Marshall, Virginia, for one reason and one reason only-to rescue her family’s bakery from financial ruin after her dad’s heart attack.

Lily is my soul sister. Quirky, clumsy, witty, and always down for a snack (or a drink) — I love this girl!

Lily Barlow came back to her sleepy hometown of Marshall, Virginia, for one reason and one reason only-to rescue her family’s bakery from financial ruin after her dad’s heart attack.
She successfully managed that without even donning an apron, but before heading back down to the University of Virginia, Lily unraveled a case of mistaken identity. She uncovered some evidence that her elderly landlady, Miss Delphine, is up to something, and got blindsided by her best friend, Jack Turner, who suddenly declared he and Lily should start dating. How’s that for a week of being home?

The identity of the woman with the purple flower tattoo remains a mystery, however. Pouring over a website that tracks unidentified murder victims, Lily got sucked into the profile of a woman whose decapitated body was found in a Florida swamp. The victim wasn’t Lily’s acquaintance after all, but she is haunted by the fact that this woman remains nameless. Lily and her friend, Storie Sanders, pursue a lead that draws them from the quiet backroads of Virginia to the tropical mangroves of the Keys. Things take several unexpected turns as they work their way deeper into the mystery. Is their investigation leading them dangerously close to the murderer himself? 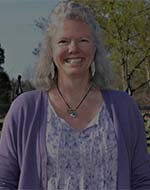 Carla Vergot took a sabbatical from teaching special education in Virginia to write the first book in the Lily Barlow series―The Mystery of Jane Dough. She enjoyed the experience so much that she permanently resigned from the public school system to work on the second book―The Mystery in the Mangroves. The story follows quirky Lily Barlow as she stumbles into her next adventure, but Carla worked to create a stand-alone experience, so if you haven’t read book one yet, you’ll slip right in.

Carla Vergot hit it out of the park with her second book in the Lily Barlow series! From the first page I was laughing out loud at what I refer to as the main character’s “Lilyisms” and was completely hooked on the fast-paced storyline. Each character is so well developed that I feel like I really know them. I’ve become so emotionally invested in each character that I hope this series continues forever. The ending leaves me itching for book three!

Lily Barlow is a character that you can’t help but love. She loves Stephanie Plum so much that, every time that she gets into trouble (which happens quite a lot) she asks herself…W.W.S.D, or what would Stephanie do. I just finished rereading the first book and the second is even better, although I don’t know how it possibly could be. Carla’s characters all kept me in stitches from the first page to the last.

D Brixey,
Who Do I Want to be When I grow Up? Lily Barlow!

This is the second book in the Lily Barlow series and it’s even better than the first. The characters are unique and quirky. I especially like the dynamics of all the characters and how they play off each other. You’ll love hot firefighter and longtime friend of Lilly’s Jack Turner who has decided he wants more than friendship, as well as Lily’s mysterious landlady Miss Delphine. If you haven’t read the first book in the series, never fear. You can safely jump into this one with no problem but if it doesn’t make you want to read the first book I’d be very surprised.

Tracey Anderson,
I loved this book.