LIFESTYLE ENTREPRENEUR: LIVE YOUR
DREAMS,IGNITE YOUR PASSION AND RUN
YOUR BUSINESS FROM ANYWHERE IN THE WORLD

Make Money Doing What You Love, Even in Tough Times “Lifestyle Entrepreneur” is the result of having lived a non-traditional life. In my twenties, I launched five businesses and sold the last two. I have been in a rock band touring America, and I’ve been flown around the world as a professional dating coach. I have traveled to and lived in over twenty-five countries, learning the local languages while there. I feel very blessed to have friends all over the world, a family that loves me at home, and generally able to live the life that I’ve always dreamed of.
But this book isn’t about me. It’s about you
If you take only 10 percent of the information and ideas in this book and put them into practice, it will change your life. I promise.
“Lifestyle Entrepreneur” contains the essence of everything I’ve learned over the last ten years of starting businesses, traveling the world, and exploring the things I’m passionate about. Now I would like to share a blueprint for how you can do all of these things and more.
Are you ready? 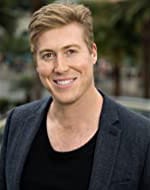 Jesse Krieger was born and raised in San Francisco but spends three to four months a year traveling the world. Whether it’s climbing volcanoes with friends in the Mediterranean or consulting with clients from Malaysia to Manhattan, Jesse views the world as both a playground and a potential addressable market.

During his twenties Jesse started over five companies and sold the last two. He has lived in, worked in, and traveled to more than thirty countries and speaks German and Mandarin Chinese in addition to his native English.

A graduate of UC Berkeley and formerly a touring rock guitarist, Jesse counts becoming a published author as his most recent achievement. When he is not consulting with clients on lifestyle and entrepreneurship, he can usually be found on a bicycle, pedaling up a steep mountain slope or yelling at the top of his lungs from the peak.

It’s an honor for me to say that Jesse is my publisher: he is smart, funny, charismatic and hard-working. This book is a reflection of him, always searching, always asking questions, always there with the bon mot! The mixture of theory and practice, together with Jesse’s extensive experience, makes this tome a MUST for all budding entrepreneurs. Highly enjoyable and recommended!
Arthur Sterling,

Quotes, Questions and Much Advice!

This book was awesome !! It did not just give me theory but real life examples of what was possible. I loved the LE exercises . They created an experiential learning experience for me that was that was unforgettable. Just reading the book and applying what you learn will be a life changing experience that will shift your consciousness ! !
Karmen Hunter,

A shift in Consciousness

Great book for delivering a realistic approach to taking the steps to create the lifestyle you want, but getting you to create a business around what you love doing. Recommended to anyone that likes a ‘system’ approach to doing things.
Daz Baldwin,