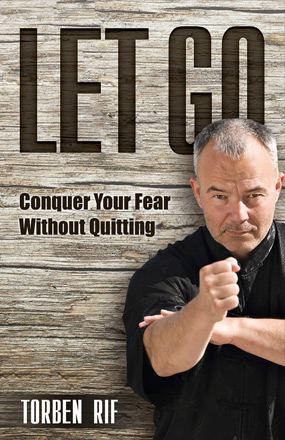 Torben Rif spent most of his life fighting to be the best―to be better than others. He was influenced by what others thought about him and their opinions on what he was doing. Hiswas a life ruled by the fear of failing and the uncertainty of whether he was good enough;…
Amazon
Indie Bound
Barnes & Noble
BAM

Torben Rif spent most of his life fighting to be the best―to be better than others. He was influenced by what others thought about him and their opinions on what he was doing.

Hiswas a life ruled by the fear of failing and the uncertainty of whether he was good enough; a life dominated by beliefs that were created in the early years of his life.

Torben learned quite quickly that you gain recognition and attention when you become number one; a winner gets attention and number two gets nothing. Torben quickly developed the tools to become number one, but with these abilities he also developed a fear of failure; this fear began to dominate his life and his decisions more and more. Torben was trapped in false convictions from past experiences.

Torben is the father of two amazing children―Kamilla, 19 years old, and Daniel, 23 years old―who were huge motivating factors for changing his behavior. Torben discovered that his actions and attitudes had begun to affect his children. He was frustrated to see his own children fighting the same beliefs that he himself had struggled with for so many years.

He decided he had to change. However, it wasn’t easy and progress was slow moving until Torben had a life-altering event that made him realize the fragility of existence. Torben realized that the only thing he had the power to change was himself.

He began to look into all the tools he had already worked with through his daily practice and teaching Wudang Tai Chi Chuan and began to make a plan. He would harness Tai Chi Master’s ability to let go of beliefs that could be dangerous to him.

These tools have been used by Torben for several years now, and these are the tools that more than 10,000 people in Denmark already work with to change their behaviors and let go of restrictive beliefs. 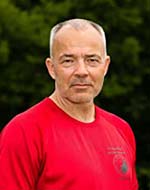 Torben has spent more than thirty years practicing and studying Chinese martial arts and Wudang Tai Chi Chuan. He has been teaching Wudang Tai Chi Chuan since 1992 and has helped thousands of people to implement the strategies and philosophy from the ancient art into both their martial arts practices and their lives. He is a father of two and is a respected teacher across Europe. He and his students have won the European Championship several times. In 2002 Torben organized the European Championship, which was very successful.

Let Go: Conquer Your Fear Without Quitting is about taking responsibility for your own life and actions without blame or excuses. It’s replacing competing to be better than others and looking for constant external recognition with becoming a better person than you were yesterday. The author takes the reader through a 3-step process to identify and let go of what’s holding us back. He then goes into how to do all that without giving up. The book is real and practical and hard to put down.

WOW! I just finished reading this book and it left me both inspired and with hands-on-knowledge as to what to do when it comes to living life to the fullest and learning how to let go of old habits/thoughts no longer serving me. Torben has a great humorous, honest and sincere way of communicating and this book is an abolsolute must read if you are into personal development, leadership and mentaltraining.

Julie Dalberg,
A must read

If you should trust advice from others start with the one who has actually tried it them self and managed to come through with success. Torben Rif did it! In this book he describes both his challenges and gives us the tools, so we can let go our self’s. I did it, and still follow his advice – now just with smaller issues because I let go of my baggage. I give this book my warmest recommendations.

Mikael Have,
Let go of your bagage for real!